To share your memory on the wall of Charles Nelson, sign in using one of the following options:

Provide comfort for the family of Charles Nelson with a meaningful gesture of sympathy.

Charles A. (Sonny) Nelson, Sr. passed peacefully at home and went to join his Lord on Saturday, November 30, 2019. Sonny was born in Independence, LA on August 19, 1932. He was retired from Allied Chemical with 31 years of service. Visitation will be on Thursday, Dec. 5, 2019 at Charlet Funeral Home, Inc. in Zachary from 9am until religious service at 11am conducted by Dr. Wayne Barnes and Dr. Nicholas LeBlanc. Burial will be in Azalea Rest Cemetery, Zachary. Sonny is survived by his loving wife of 67 years, Delphine Ducote Nelson and their children: Roxie Nelson Hunt and husband, Dana; Marsha Nelson LeBlanc and husband, Larry; Pam Nelson Leavines and husband Joe; Charles Nelson, Jr. and wife Jan; and Jeanine Nelson Melancon and husband Kevin. 15 grandchildren, Jason Hunt and wife Brandie; Neil Hunt and wife Courtney; Janelle Hunt Woosley and husband Robert; Blake LeBlanc and wife Sarah; Beth LeBlanc Herrera and husband Fabian; Nicholas LeBlanc and wife Sophia; Linnie Leavines Ciepielowski and husband Matt; Ward Leavines; Mary Leavines Covington and husband Caleb; Chris Nelson and wife, Ashley; Jon Nelson; Natalie Nelson; Joshua Nelson; Matthew Melancon and wife, Laura; Anne Melancon Stephens and husband, Joe and 9 great grandchildren. Sonny graduated from Independence High School and served as Class President and the football team’s Quarterback. Sonny was an avid gardener and woodsman. But above all, he was a beloved husband, father, grandfather, great grandfather and friend to many. Sonny was known as a man of integrity and generosity. His garden was his daily work but his family was the greatest work of his life. The Lord was faithful to complete the good work he began in Sonny. He has run his race to completion and is now enjoying his reward.
Read Less

We encourage you to share your most beloved memories of Charles here, so that the family and other loved ones can always see it. You can upload cherished photographs, or share your favorite stories, and can even comment on those shared by others.

Flowers were purchased for the family of Charles Nelson. Send Flowers

Posted Dec 02, 2019 at 09:42am
Please accept our most heartfelt sympathies for your loss... Our thoughts are with you and your family during this difficult time. 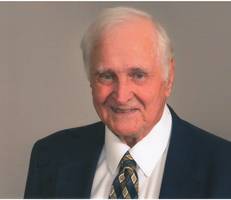 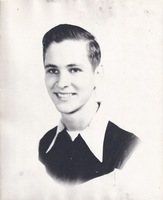