To share your memory on the wall of William Honeycutt, sign in using one of the following options:

Provide comfort for the family of William Honeycutt with a meaningful gesture of sympathy.

We encourage you to share your most beloved memories of William here, so that the family and other loved ones can always see it. You can upload cherished photographs, or share your favorite stories, and can even comment on those shared by others.

Posted May 05, 2019 at 07:50am
Mrs Emily & Family, Coach and I are so very sorry to hear of the loss of Mr Honeycutt. He was a kind, gentle but stern leader who mentored many. I know he certainly helped my husband become a better person. Coach will be forever grateful for his confidence in him. It was certainly a pleasure to serve you and Mr Honeycutt at the credit union. Unfortunately, we are out of town and unable to attend the service but please know our hearts, love and prayers are with you & your family. God bless! Coach Nolan & Kathi Gill
Comment Share
Share via:
KC

Posted May 04, 2019 at 03:18pm
Mr. Honeycutt was my boss principal during my tenure at Glen Oaks High. I was 25 going into my 4th year of teaching. I was still working on my certification for special education, but Mr. Honeycutt hired me to teach resource special ed as I also accepted the role of dance team sponsor. That man was tough, kind, stern, sweet, knowledgeable, and one of the best principals I ever had the pleasure of knowing. I retired in 2013, but my years at Glen Oaks provided the experience and foundation I needed to continue my career in teaching. I remember seeing him at Woman’s Hospital one summer when I was volunteering. I had mail and/or flowers to deliver, and I had the biggest surprise on my face when I opened the door, and he was sitting next to the patient in the bed. I want to say he was there for the birth of a grandchild. I had a very nice visit with him. I am so very sorry for your loss. My thoughts and prayers are with the family as you lay him to rest. May the Father of Peace send peace and comfort to all who morn his passing. Sincerely, Kay Cristil Clouatre
Comment Share
Share via:
KC

Posted May 04, 2019 at 11:17am
Please accept my most sincere condolences on the passing of Mr. Honeycutt. Thirty-three years ago he was my first principal as I began my teaching career at Glen Oaks High School. He was a fantastic, supportive mentor to a young teacher trying to figure out how to become a professional educator. Those first couple of years teaching at Glen Oaks were some of my most formative and memorable. I am retiring from teach this year after a successful career, which has given me cause to reflect back on some of the great educators and people that I have had the distinct pleasure to have worked with and for. Most certainly Mr. Honeycutt was one of those great people. I have had the pleasure of running into him at Beta Conventions over the years, and even though it had been many years since we had worked together, he was always kind in remembering me. That is just the kind of person he was. He had a kind and gentle demeanor and was a consummate professional educator and a wonderful boss.
I wish his family peace, and the solace that I am quite positive that he is now with our Lord Jesus Christ in Heaven.
May God Bless Mr. Honeycutt and all of his family in this difficult time.

Posted May 03, 2019 at 07:32pm
My sincerest condolences to Mr. Honeycutt's family. His leadership at Glen Oaks was a true belssing and helped guide many in growing and developing into people of true character. I am grateful to have had the chance to know him and learn from him. He exhibited strentgh, wisdom and caring in all aspects.
Comment Share
Share via:
DM

Posted May 03, 2019 at 12:35pm
Prayers to the family, coach as I knew and called him, always had time for anybody. Bill, Bob, Blake and Blair, you are in my heart and thoughts. The Lord now has another coach and leader on his team. 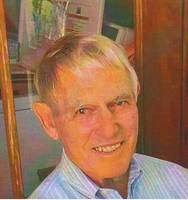