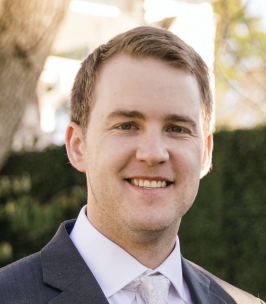 Hollis Gregory King, 29, a resident of Houston, TX and a native of Zachary, LA, went to his heavenly home too soon, passing away peacefully in his sleep on June 13, 2022. The King and Aucoin families are shocked and devastated by their loss. Hollis was a registered nurse in the Medical ICU at Memorial Hermann in Houston, TX. Visitation will be held on Friday, June 17, 2022 at Charlet Funeral Home, Inc., in Zachary, LA from 6:00 p.m. until 8:00 p.m. Visitation will continue on Saturday at St. John the Baptist Catholic Church in Zachary, LA from 9:00 a.m. until mass at 11:00 a.m. with the eulogy at 10:45 am given by Logan Corley. He is survived by his wife Dr. Maggie Aucoin King, his two beautiful goldens, Maverick and Mac, father, Lonnie King (Tobi), mother, Karen Austin, sister, Millie King, father-in-law, Kenny Aucoin, mother-in-law, Joni Aucoin, brother-in-law, Austin "Bo" Aucoin (Caroline), two nieces, Kendra King and Aubrey Alcorn, and maternal grandparents, Arnold Austin Sr. and Beverly Elaine Austin. He was preceded in death by his paternal grandparents, Wallace and Doris King. Pallbearers will be Cade LeBlanc, Austin "Bo" Aucoin, Guy Hymel, Jonathon Whittle, Mike McKey, Thomas Poole, Jet Troth and Charles Vaccaro. Honorary pallbearers will be Colin Hughes and Logan Corley.
Hollis was born on March 1, 1993 in Zachary, LA and was a graduate of Zachary High School (2011) where he was salutatorian, prom king, and lettered in both football and baseball. After graduating high school, he attended Louisiana State University for nursing prerequisites and transferred to Our Lady of the Lake to complete his Bachelor's of Science in Nursing. After graduation, he went on to serve in hospitals across Louisiana, Arkansas, and Texas.
Hollis met Maggie, his wife, while in nursing school and greatly adored her which was obvious for all to see. He had an infectious smile and was always a source of positivity. Those who knew him loved him deeply. In addition to his family, Hollis absolutely loved LSU sports, golf, his friends, and co-workers. Hollis will be deeply missed by all of those fortunate to be in his presence. Please make memorial donations to
www.archildrens.org (Specifically for the Hematology Oncology Department)