To share your memory on the wall of Curtis Smith, sign in using one of the following options:

To send flowers to the family or plant a tree in memory of Curtis Ralph "Tubby" Smith, please visit our Heartfelt Sympathies Store.

We encourage you to share your most beloved memories of Curtis here, so that the family and other loved ones can always see it. You can upload cherished photographs, or share your favorite stories, and can even comment on those shared by others.

Posted Feb 14, 2021 at 04:03pm
The day the had Zowie, before I went into labor I was in a lot of pain and gpaw came in as I was balling my eyes out, he looked at me and said “everything’s gonna be okay, it will al be worth it when it’s over” That day I knew I was lucky enough to have a daughter born into such an amazing family. Thank you gpaw for everything, it’s been an honor to know you the last 6 years and become a part of your family.
Comment Share
Share via: 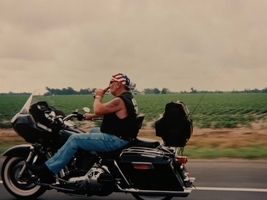