To share your memory on the wall of James McClelland, sign in using one of the following options:

There are no events scheduled. You can still show your support by sending flowers directly to the family, or planting a memorial tree in memory of James Roy McClelland.
Plant a Tree

We encourage you to share your most beloved memories of James here, so that the family and other loved ones can always see it. You can upload cherished photographs, or share your favorite stories, and can even comment on those shared by others.

Posted Sep 13, 2020 at 06:11am
Rest in peace my sweet brother. I know it's been a long and hard road to travel but you have reached your resting place. Wish I could be there but I just lost your favorite brother-in-law, as you use to call him. My loving husband Duane. This has been a sad week for me but yet comforting to know both are with our Lord and Savior. Will miss you both.
Comment Share
Share via: 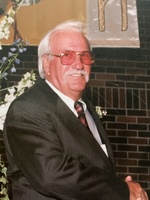