To share your memory on the wall of Ferriel David, sign in using one of the following options:

There are no events scheduled. You can still show your support by sending flowers directly to the family, or planting a memorial tree in memory of Ferriel White David.
Plant a Tree

We encourage you to share your most beloved memories of Ferriel here, so that the family and other loved ones can always see it. You can upload cherished photographs, or share your favorite stories, and can even comment on those shared by others.

Posted Aug 10, 2020 at 07:54pm
Nu Nu was my smoking partner during Katrina. We would sit outside talking a long time and we had a lot to talk about since I live in Tennessee and my visits never seemed long enough. I will definitely miss her when I come back to visit family. She was one of a kind and she will never be forgotten.
Comment Share
Share via: 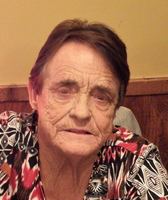