To share your memory on the wall of English Josey, sign in using one of the following options:

To send flowers to the family or plant a tree in memory of English Rutherford Josey Jr., please visit our Heartfelt Sympathies Store.

We encourage you to share your most beloved memories of English here, so that the family and other loved ones can always see it. You can upload cherished photographs, or share your favorite stories, and can even comment on those shared by others.

Posted Jul 03, 2020 at 05:50pm
English was a true Gentle Man. Always kind. The world lost a good one but the Lord now has him
Comment Share
Share via:
EB

Posted Jun 30, 2020 at 02:38pm
Our thoughts and prayers are with you! The Franks, Smith, Foote, Gaylor, Broussard & Carrasquel Families

3 trees were planted in the memory of English Josey

Posted Jun 30, 2020 at 12:59pm
Our warmest condolences, Talent Acquisition is thinking of you during this difficult time.

Posted Jun 29, 2020 at 02:20pm
I had the pleasure to serve on the Vestry at St Michaels in Lake Charles when English served as Senior Warden. I will always remember him as a kind, gentle and very thoughtful man of God. He led one of the finest example of a Christ centered life that I have ever encountered. His adoration of God and his family serve an an example to all that knew him.
We are all better for knowing him.
Doug LeBleu
Comment Share
Share via: 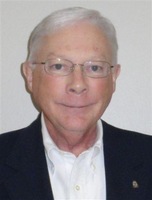