To share your memory on the wall of Christopher Soileau, sign in using one of the following options:

There are no events scheduled. You can still show your support by sending flowers directly to the family, or planting a memorial tree in memory of Christopher John Soileau.
Plant a Tree

We encourage you to share your most beloved memories of Christopher here, so that the family and other loved ones can always see it. You can upload cherished photographs, or share your favorite stories, and can even comment on those shared by others.

Posted Jun 28, 2020 at 07:02pm
My deepest condolences go out to the entire Soileau family. Sometimes When I think back long ago at Pineville High School where I met Chris all the Great memories I have always would involve Chris whether it was playing football,in class or just hanging out. Chris was truly a one of a kind person and I will miss him as a friend. Rest in Peace
Comment Share
Share via:
J

Posted Jun 28, 2020 at 01:55pm
As a young coach I had the great honor of coaching both Chris and Phil and getting to know some of his siblings and family. I did not personally know his wife but she was obviously a wonderful person. I remember Chris as a good hearted and humble person. Like his brother Phil and his entire family he was competitive and an exceptional athlete. Most of all though he was a good person. My heart felt regrets and prayers go out to the entire Soileau family as well as Karen and her entire family. Sincerely, coach Moreau
Comment Share
Share via:
DM

Posted Jun 26, 2020 at 02:00pm
To all of the Soileau family, thank you for letting us join you last Thanksgiving. I am so glad I had a chance to catch up with everyone, especially Chris & Karen. Although most of my memories of them are from when I was a child, I have always looked up to them and I know my dad had a special place in his heart for them. When Karen and I spoke last we agreed to meet up for a meal the next time she was in Houston as we figured out we had some work projects in common. I was sad when covid hit, and March came and went without having a chance to see her again. Both of them will be greatly missed! We are sorry we couldn’t be with you today but it was truly a lovely service and we are lifting you up in our thoughts & prayers. Love you all!
Comment Share
Share via:
JA

3 trees were planted in the memory of Christopher Soileau

Posted Jun 25, 2020 at 04:37pm
My dear old friends & sweet Soileau family, My heart breaks for you all. Prayers for your days ahead.
Comment Share
Share via: 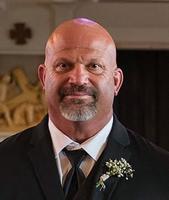