To share your memory on the wall of Kevin Deaton, sign in using one of the following options:

Provide comfort for the family of Kevin Deaton with a meaningful gesture of sympathy.

There are no events scheduled. You can still show your support by sending flowers directly to the family, or planting a memorial tree in memory of Kevin Michael Deaton.
Plant a Tree

We encourage you to share your most beloved memories of Kevin here, so that the family and other loved ones can always see it. You can upload cherished photographs, or share your favorite stories, and can even comment on those shared by others.

Posted May 10, 2020 at 09:33pm
I am a classmate of Kevin, graduating with him from Redemptorist High School. I will remember is great smile, kind heart, and love for others. He will be missed and continues to be loved.
Comment Share
Share via:
JL

Posted May 08, 2020 at 01:52pm
Having many wonderful memories of Kevin, we are heartbroken. He was a faithful friend, son and brother. We will always remember that quick wit and infectious smile. Our prayers go out to his entire family. We loved him and will miss him always. Please let us know if we can help in any way. Joe and Cynthia Langlois
Comment Share
Share via:
B

Posted May 08, 2020 at 11:50am
On behalf of your NBR brothers...we love you Kevin!!! Always have, always will. You were are true friend, always there for us, and a great person. Rest In Peace brother. Save me a tee time and we will see each other another day. Till then please know that you will always be missed!
Comment Share
Share via:
CC

Posted May 07, 2020 at 02:10pm
I do not know Kevin personally but he sounds like a person that loved life and the people around...he will be truly missed and remembered for his compassionate and kind heart... it's comforting to know you're drawing comfort from God the source of all comfort (2Corinthians 1::3,4)
Comment Share
Share via: 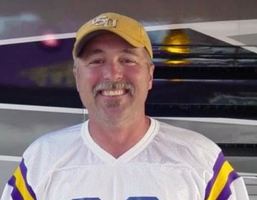 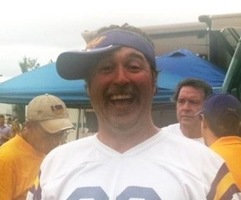 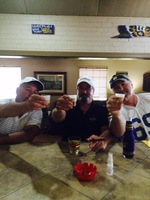