To share your memory on the wall of Francis Rinaudo, sign in using one of the following options:

Provide comfort for the family of Francis Rinaudo with a meaningful gesture of sympathy.

We encourage you to share your most beloved memories of Francis here, so that the family and other loved ones can always see it. You can upload cherished photographs, or share your favorite stories, and can even comment on those shared by others.

Mike Chutich and Diane. sent flowers to the family of Francis Rinaudo.
Show you care by sending flowers

Posted Jan 27, 2020 at 10:16pm
I am very sorry to learn of your your family’s loss. Please accept my sincere condolences. May your memories of Dr. Francis give you solace now and in the years to come.
Comment Share
Share via:
JR

Posted Jan 27, 2020 at 09:48pm
Dearest Janet, Family and Friends, Loved seing Francis at the Dentist Office and at the Flag pole at the schhool...He had a scripture to share with me about Christ each time I saw him, then he would say a prayer with me. He will be missed Dearly by so many because he was such a man of God and shared his Faith with everyone he met. I will miss my neighbor and Friend! My thoughts and Prayers are with his beloved Janet and Family.
Comment Share
Share via:
SP

Posted Jan 27, 2020 at 12:40pm
My deepest sympathy to Dr. Rinaudo's family and friends. Prayers for peace and comfort during this most difficult time.
Sarah Pipes
Comment Share
Share via:
HS

The FTD Living Spirit Dishgarden was purchased for the family of Francis Rinaudo. Send Flowers

Flowers were purchased for the family of Francis Rinaudo. Send Flowers 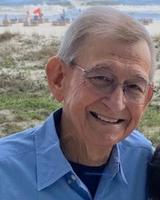