To share your memory on the wall of Ethel Parker, sign in using one of the following options:

There are no events scheduled. You can still show your support by sending flowers directly to the family, or planting a memorial tree in memory of Ethel Jean Tiner "Eppie" Parker.
Plant a Tree

We encourage you to share your most beloved memories of Ethel here, so that the family and other loved ones can always see it. You can upload cherished photographs, or share your favorite stories, and can even comment on those shared by others.

My condolences to the Parker family, may the moments you shared grant you comfort and peace. Her smile greeted everyone who knew Ms. Eppie. She was a member of our GLOVES Ministry at ZUMC, helping others as she was able. Go rest high on that Mountain, Ms. Eppie, your work on earth is done. God Bless, Vince
Comment Share
Share via: 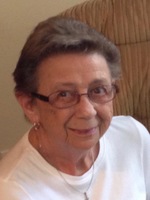