To share your memory on the wall of Joseph Mead, sign in using one of the following options:

Provide comfort for the family of Joseph Mead with a meaningful gesture of sympathy.

We encourage you to share your most beloved memories of Joseph here, so that the family and other loved ones can always see it. You can upload cherished photographs, or share your favorite stories, and can even comment on those shared by others.

River Bend Family, Steve, Jackie, And Linda Mead, and others have sent flowers to the family of Joseph Francis Mead.
Show you care by sending flowers

Posted Sep 09, 2019 at 12:12pm
Joe was a long time co-worker and good friend. He always had a smile on his face and a story to tell about his family. I had not seen him in a while but was glad he was able to join me and several other retirees for lunch some months back. Still had a smile on his face and it was great to see him again. I'll treasure the memories. I'm so sorry for your loss. Thoughts and prayers with Cindy and the entire family.
Comment Share
Share via:
RF

Posted Sep 08, 2019 at 10:29pm
Joe was always interested in math and science during his days at Connally High School. He was an active member of the JETS club in high school. Joe was always willing to pull a joke on someone. He was large in SIZE AND IN HIS HEART with his high school friends He will be greatly missed. His health problems prevented his return to high school reunions. On the phone Joe was always positive and upbeat when he was asked about his condition. He was extremely caring and kind. My sympathy goes out to his family after such a long fight with Cancer! Dr. Don G. Hancock member of the class of 1966 at CHS
Comment Share
Share via:
PS

Posted Sep 08, 2019 at 09:07pm
I am very sorry to hear this news. I enjoyed working with Joe for many years at River Bend and the joy his family gave him was clear to all. My Condolences. Paul Sicard.
Comment Share
Share via:
HS

The FTD Comfort Planter was purchased for the family of Joseph Mead. Send Flowers 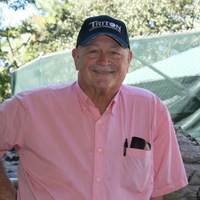