To share your memory on the wall of Louis Mier, sign in using one of the following options:

Provide comfort for the family of Louis Mier with a meaningful gesture of sympathy.

We give a special thanks to Dr. Kemp Amacker, Dr. Amanda Lea, Dr. Daniel Fontenot, and Dr. Rebecca Whiddon. We also want to thank Audubon Hospice and Grace Health and Rehabilitation Center staff for their loving care of Louis. In lieu of flowers, the family asks for donations to the Michael J. Fox Foundation (michaeljfox.org) in support of Parkinson’s Disease.
Read Less

We encourage you to share your most beloved memories of Louis here, so that the family and other loved ones can always see it. You can upload cherished photographs, or share your favorite stories, and can even comment on those shared by others.

Aupee family and Richard E. Gruner, Jr. have sent flowers to the family of Louis Mier Jr..
Show you care by sending flowers

Posted Aug 30, 2019 at 07:45pm
Our thoughts and prayers are with you at this difficult time of loss. Please accept our deepest condolences.
Lynn and Vivian Gauthreaux
Comment Share
Share via:
AF

Posted Aug 29, 2019 at 07:17pm
Please accept our deepest condolences. May God give you and your family the comfort and peace that you seek. May God rest his loving soul.

Flowers were purchased for the family of Louis Mier. Send Flowers

Flowers were purchased for the family of Louis Mier. Send Flowers 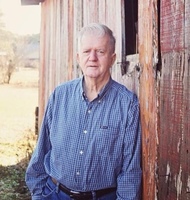