To share your memory on the wall of Raybon Steele, sign in using one of the following options:

To send flowers to the family or plant a tree in memory of Raybon Clayton Steele, please visit our Heartfelt Sympathies Store.

We encourage you to share your most beloved memories of Raybon here, so that the family and other loved ones can always see it. You can upload cherished photographs, or share your favorite stories, and can even comment on those shared by others.

Posted Jun 10, 2019 at 02:33pm
Daddy, there are too many sweet memories of you for me to mention but one thing is for sure, you taught us to go to church and to trust in the Lord. You always worked very hard to provide us with what we needed. You never gave up on us. You stuck with us through everything and I am so very proud of you for that. You are the very best dad anyone could have. Love you so much daddy. Cant wait to see you again forever.
Comment Share
Share via:
S

Posted Jun 09, 2019 at 06:39am
I remember walking in your footprints behind you as you plowed the garden, row after row. I remember days of hanging out with Aunt Audrey while you both worked in the garden, big plastic buckets filled with vegetables in the back of your truck to bring home, washing greens in the sink. I remember windows down in Old Nellie, listening to country music as you drove. I remember watching every episode of BJ and the Bear and Dukes of Hazard, laughing at Rosco P Coltrane. I remember you singing the harmony in bass at church just to make me smile. I will miss you all the remaining days of my life. ❤️
Comment Share
Share via: 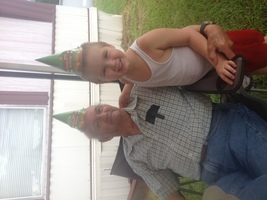 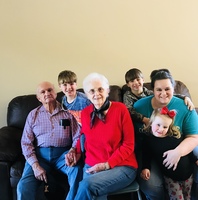