To share your memory on the wall of Eugene Casadaban, sign in using one of the following options:

Provide comfort for the family of Eugene Casadaban with a meaningful gesture of sympathy.

He was retired, after flying for Eastern Airlines for 45 years and was a proud veteran of the United States A... Read More
Eugene Joseph “Gene” Casadaban, 90, a resident of Norwood, LA, a beloved father and uncle died on Thursday, April 25, 2019.

He was retired, after flying for Eastern Airlines for 45 years and was a proud veteran of the United States Army.

There will be a visitation on Thursday, May 2, 2019 at Our Lady of Perpetual Help Catholic Church in Jackson, LA from 10am until funeral mass at 11am. Burial will be in Eastern Star Cemetery.

Many heartfelt thank you’s to Baton Rouge Hospice for their much-needed help and care, Ollie Steele Burden Manor Nursing Facility for their wonderful care of my Dad and to Mrs. Shenika Johnson and her staff.
Read Less

There are no events scheduled. You can still show your support by sending flowers directly to the family, or planting a memorial tree in memory of Eugene Joseph "Gene" Casadaban.
Plant a Tree

We encourage you to share your most beloved memories of Eugene here, so that the family and other loved ones can always see it. You can upload cherished photographs, or share your favorite stories, and can even comment on those shared by others.

Posted Apr 27, 2019 at 05:51pm
May the family of Eugene Joseph Casadaban please accept my sincere condolences hoping you find comfort in God's words at Acts 24:15 and Psalm 37:29
Comment Share
Share via: 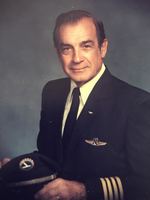