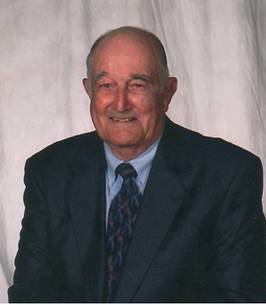 Print
Hardee M. Brian went home to be with the Lord on Sunday, November 25, 2018, at the age of 91 in the comfort of his home. Hardee, resident of the Plains and Zachary, La., was born on February 17, 1927, to Frank and Leona Brian. He was a beloved husband, father, grandfather, great grandfather and friend to many. He is survived by his wife of 69 years, Betty Jo Mahoney Brian; three sons, Ronald H. Brian and wife Brenda, Randy Brian and wife Debby, Tracy Brian and wife Becky; eight grandchildren; Michele Brian Maddie, Kelli Brian Cox, John L. Brian, Christopher Brian, Jennie Brian, Laird Brian, Aubin Brian, Jude Brian; three step grandchildren, Hannah Thompson, Logan Thompson, Lauren Thompson; seven great grandchildren; Ryan, Kristian, Addison, Kellan, Mason, Emery, Britton and Bowen; one sister, Leona Doss and one brother, Joe Brian and wife Gin.
He was preceded in death by parents, Frank and Leona Brian, infant daughter, Kathy Jo Brian, brothers Malcolm Brian, Frank Brian; sisters, Virginia Brian Malone, Barton Brian Reinberg, Olive Brian LaCoste and Henrietta Brian Daniel.
He served his country during both World War II and the Korean War as a member of the U.S. Navy. He was a lifetime dairyman and cattle farmer serving as President of the East Baton Rouge Cattleman’s Association , President of the East Baton Rouge Parish Farm Bureau Association, Member of the East Baton Rouge Parish Farm Bureau Board of Directors, District Director of the Louisiana Cattlemen’s Association and board member of the Greater Baton Rouge Port Commission.
He was dedicated to his community and his church. He was elected to the Bank of Zachary Board of Directors in 1982 and served faithfully until his retirement. He was a lifelong member of Plains Presbyterian Church serving as Deacon, Deacon Emeritus, Trustee, and Chairman of the Young Family Cemetery Association.
He enjoyed spending time with his many friends and family. He was a man of remarkable abilities and will be greatly missed.
Pallbearers will be his sons and grandsons: Ronald Brian, Randy Brian, Tracy Brian, John Brian, Christopher Brian, Laird Brian and Jude Brian. Honorary Pallbearers will be: Bank of Zachary Board of Directors and Plains Presbyterian Diaconate.
Visitation will be held at Plains Presbyterian Church, Wednesday, November 28, beginning at 10:00 until services at 2:00 p.m. Interment will follow at Young Family Cemetery.
In lieu of flowers, memorial donations may be made to Plains Presbyterian Church or Young Family Cemetery.
The family gratefully acknowledges the care given by his niece, Bette Jo Heaslip, his physicians, and his personal caregivers Ida Sharp and Loraine Howell.

To send flowers to the family of Hardee M. Brian, please visit our Heartfelt Sympathies Store.

We encourage you to share any memorable photos or stories about Hardee. All tributes placed on and purchased through this memorial website will remain on in perpetuity for future generations.

MR
Betty Jo and family - I am out of town and am not able to be with you this day but please know that my prayers are with you. It has been a privilege to have known Hardee for the last 25 or so years through the Pride Farm Improvement Club and I will always treasure that association. Hardee was a real gentleman. God bless you all. Moe Richmond
Moe Richmond - Wednesday November 28, 2018 via Condolence Message
Share This:

AA
Dearest Betty Jo, Ronnie, Randy, and Tracy, I am so sorry for your loss. I think we will all miss his smile, laugh, and those twinkling eyes. There are few men who can match his stature or generosity. The Lord left him with us for a very long time and we thank Him for that. Betty Jo, I am thinking of Hardee and Dad getting together in heaven - I wonder if there is smoked turkey there? My arms are holding (((you))) and hugging.
Aneida Alexander - Wednesday November 28, 2018 via Condolence Message
Share This:

SP
Tracy,
I can’t even begin to imagine the pain you must be feeling over the loss of your father! I am praying the Lord will bring you peace and comfort during the difficult days ahead!
Sarah Pipes
Sarah Pipes - Tuesday November 27, 2018 via Condolence Message
Share This:

WW
I will always remember the kindness that Hardee always showed to my father and mother, and especially his devotion and support to my late brother Wallace Waddell. On cold winter mornings Wallace got up early to help Hardy in the dairy, and on hot summer days he rode Hardee’s combines harvesting fields of carpet grass seeds. In turn, I don’t think Hardee ever missed a Zachary High School basketball or football game where Wallace was a star player. My memory of Hardee and the Brain family were the many family get-togethers where Miss Leona payed me $5 to turn the paddle for homemade fig ice cream. In true the biggest rewards of the day was just the taste of the delicious ice cream treat. Although I now live in South Carolina, my many thoughts are of The Plains of long ago and the people who made it a caring community. People like Hardee Brian.
Walter Earl Waddell

Thank you for sharing!

Or use your email:

Connect with families at their time of loss. By subscribing to email updates, you will receive two daily updates containing all new stories, photos, candle lightings, condolences, and more.