In Memory of
Effie Sharkey
Dawson
1921 - 2018
Click above to light a memorial candle. 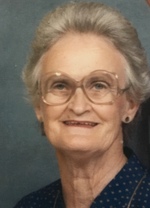 To send flowers to the family or plant a tree in memory of Effie Sharkey Dawson, please visit our Heartfelt Sympathies Store.