In Memory of
Robert Steven
Turner
1946 - 2018
Click above to light a memorial candle. 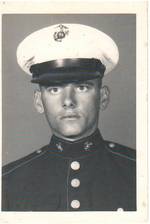 Robert Steven Turner, died on Thursday, May 31, 2018 at his home in St. Francisville. He was 71 years old and was retired from AT&T with 40 years of service. He was also a US Marine Corps veteran, serving two tours in Vietnam from 1965-1969, where he served as a Crew Chief on a CH-46 helicopter. His commendations include the Bronze Star w/Combat V, the Navy Achievement Medal, the Air Medal, and he was twice awarded the Navy Commendation Medal. The medals were presented to him in a private ceremony at the home of and by retired Commandant of the Marine Corps, General Robert H. Barrow. Steve was born in Bogalusa, and a long time resident of St. Francisville. His love for his LSU Tigers was exceeded only by his love for his country and his family.

Visitation will be at Charlet Funeral Home, Inc. in Zachary on Monday, June 4, 2018 from 5pm until 8pm and continues on Tuesday, June 5, 2018 from 9am until service at 10am conducted by Pastor Eddie Guerra. Burial will be in Louisiana National Cemetery, Zachary.

To send flowers to the family of Robert Steven Turner, please visit our Heartfelt Sympathies Store.